What is the oldest cowboy boots company in America?
Men’s Suede Cowboy Boots: 5 Stylish Pairs You Can Snag Right Now
The Pros & Cons of Wearing Short Cowboy Boots & 3 Pairs Ladies Will Love
Everything You Need To Know About Cowboy Boots 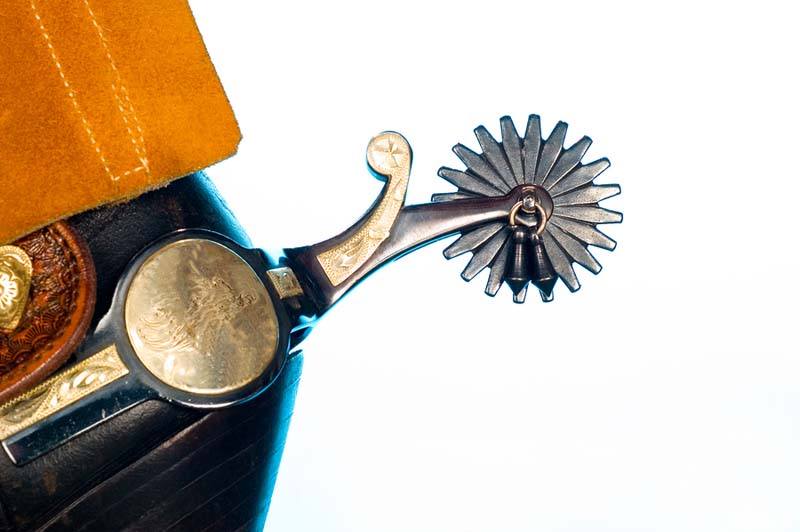 Western ankle boots have been rising in popularity recently. While they look similar, there’s some question as to whether or not western ankle boots are actually considered cowboy boots. Unfortunately, there’s no straightforward answer to this burning question. It all depends on how you look at it.

Before we can really decide if western ankle boots are cowboy boots or not, it’s worth spending some time exploring cowboy boots themselves. They have a rich design history that shows just how unique they are.

In the 19th century, the Anglo-Americans who settled in the American Southwest found people in Mexico of Spanish descent who were already working the cattle roaming the plains. American settlers adopted a lot of practices and tools from this group but found that the short, flat boots the Mexicans wore were not a good fit for the task.

The Anglo-Americans stuck with their European-style riding boot which was eventually adapted by German ﻿﻿settlers later in the 19th century. One important thing to note is that they were specifically designed to be used while riding. The toes were narrow to easily get into and out of the stirrups. The heel kept the foot in place and prevents it from slipping through the stirrup while riding. And the high leather tops helped protect the cowboy’s legs from chafing. Cowboy boots were not originally intended to be worn to walk or run. Cowboys working on the ranch actually had a different pair of boots to wear when they weren’t riding.

What about Western Boots?

Technically, “western boots” is an umbrella term that includes a few different types of boots. Cowboy boots are the most common and recognizable.

Ropers are a type of western boot designed for roping calves in rodeos. They kept the functionality of a cowboy boot for riding but were made with shorter heels and rounder toes so they’d be more comfortable to wear once out of the saddle and trying to run down the calf.

Western fashion boots, on the other hand, were made to wear casually or for a night out. They come in a range of designs, typically made of synthetic materials instead of genuine full-grain leather, although higher end western fashion boots can be made of exotic leathers, including shark, alligator﻿﻿﻿, and snakes. These boots can be knee high, have really pointed toes, or come in a range of bright colors. Some even echo back to the days when western boots were becoming fashionable in old Hollywood films. In the early 20th century, the cowboy lifestyle was popular in film and cowboy boots became more of a fashion accessory than a functional work boot.

So, now that we know a little more about the history of cowboy boots and western boots, let’s tackle the question: Are western ankle boots still considered cowboy boots? Unfortunately, there are no clear-cut answers, but there are two different schools of thought.

No, Western Ankle Boots Are Not Cowboy Boots

Traditionally, cowboy boots were made for riding and weren’t actually supposed to be used for activities when cowboys would actually be walking around the ranch. In fact, cowboys even have a separate pair of boots called ropers that they wore to do other work when they’re not riding.

One of the key physical factors of cowboy boots is that they come about halfway up the calf. This actually serves an important function: it protects the rider’s legs from chafing while riding the horse.

Yes, Styles Evolve and So Do Cowboy Boots

Another way of looking at this question is this: cowboy boots are worn by people who aren’t cowboys. This has been going on since they were made popular in Hollywood since the early 1900s. Once they showed up in movies, they became fashionable. People made them in different colors using non-traditional leather.

Working cowboys back then still wore cowboy boots for practical purposes, as do people who work on ranches and the like today. That said, cowboy boots have only become more fashionable as time has gone on and the designs have changed to make them more functional and fashionable.

Today, you can find cowboy boots with round, pointed, square, or snipped toes. They come in smooth, suede, and distressed leather and are available in materials ranging from traditional cowhide to snake, elephant, shark, and alligator. They even have added features like moisture-wicking, steel toes, waterproofing, and insulation.

If cowboy boots can now be made with different styles toes and leathers, why can’t they come in an ankle boot? Let’s face it, a cowboy working in the 19th century wouldn’t have dreamed of having moisture wicking cowboy boots. If major changes in design like these are acceptable, then the answer is clear: yes, western ankle boots are still considered cowboy boots.

As you can see, there is really no clear-cut answer to this question. A “yes” or “no” answer really lies in how close you want to stick to the true function and purpose of a cowboy boot.

All that aside, it’s important to keep in mind that fashion is always changing and it’s important that it be allowed to. Whether or not western ankle boots as considered cowboy boots really shouldn’t matter. What should matter is that you’re wearing an awesome pair of boots that make you feel special. Most cowboy boots worn today for fashion purposes aren’t the boots that originated with cowboys way back when they started rounding up cattle in the Southwest and German shoemakers started specializing their boots. Unless you’re jumping on a horse to round up cattle, wear the boots that make you happy.