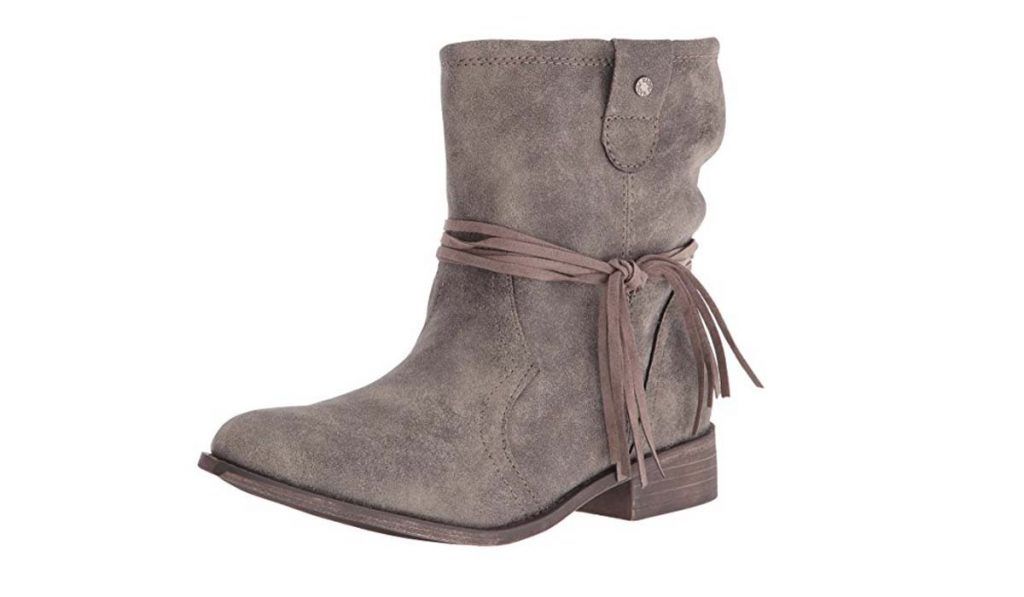 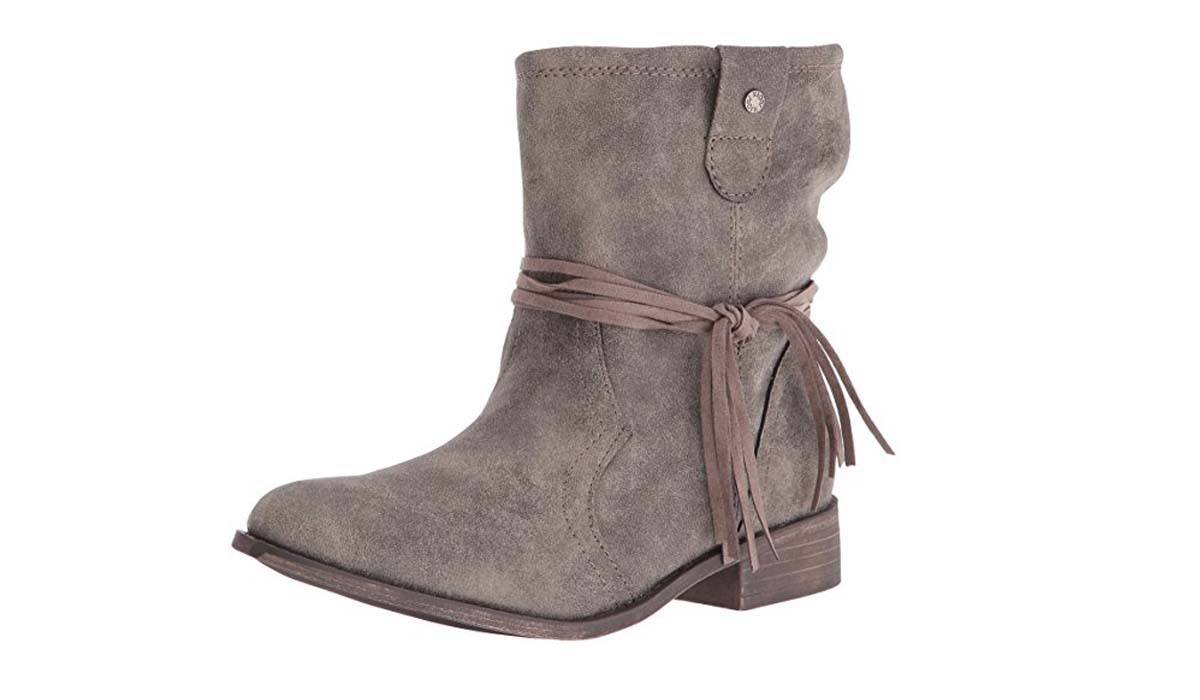 It’s a common misconception that vaqueros and cowboys are the same thing. They’re actually quite different and one of the major distinctions between the two is the way they dress, which includes their boots. Like western boots, vaquero boots have some function and style features that make them different from cowboy boots. That said, cowboy boots ended up being perfectly suited to the job of rounding up cattle on horseback so the two eventually began to become synonymous. Before we get into the details, it helps to understand the differences between these two groups.

Vaqueros and Cowboys: A Brief History

While vaqueros and cowboys worked together and even shared space and ideas, they were actually two different groups. Vaqueros were actually around long before cowboys showed up on the scene until, eventually, the two groups merged.

Vaqueros were Mexico’s working cowhand as far back as the colonial period. They were skilled riders who could rope cattle and modified the Spanish techniques and equipment that were used before settling in North America. Vaqueros were a huge presence in what is now the American southwest before any Anglo-Americans appeared.

After the Mexican War of 1846, vaqueros began working on American ranches where they introduced the American cowboys to a lot of their skills and equipment. Surprisingly, this did not include their boots.

The Differences between Vaquero Boots and Cowboy Boots

Mexican vaqueros wore short, flat boots that often had spurs attached. American settlers didn’t find that these boots were well suited for their needs, which is why a cowboy boot is a little different. Cowboy boots were based on European riding boots and modified by German shoemakers at the time. They were made with narrow toes apt for getting into and out of stirrups quickly while the high heel helped the rider keep their foot anchored in the stirrup while riding. They also came up higher than vaquero boots to protect the leg from chafing while riding.

Cowboy boots were the one thing that the American cowboys did better than the Mexicans and became an important contribution to the American cattle working tradition. This is also why vaquero boots and cowboy boots are pretty much synonymous today.

While there are modern vaqueros and cowboys who still use the boots﻿﻿ for function when riding horses and working on cattle ranches, they’re really popular with people who have no intention of getting on a horse. Today, they’re made of a range of materials and have a lot of options when deciding how high they are, how much of a heel they have, and the shape of the toe.

If you want to find a pair these boots that more closely resemble the original, true vaquero style, look for flatter sole and a shorter heeled boot that doesn’t come up as high on the thigh. Here are some great examples to choose from: 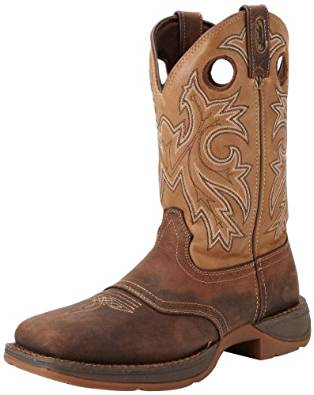 This boot is definitely a super modern spin on the original vaquero and cowboy boots. The upper is made of full grain leather with intricate stitching details and is 11 inches high. While the original boots weren’t necessarily comfortable for anything but riding, these have a contoured footbed that not only cushions your feet but also provides ventilation. Don’t worry, they’re still really durable and have a steel shank in the foot to support your arches and provide stable footing.

The outsole is made of rubber and EVA so it’s lightweight and flexible plus it has a little bit of grip to it. The heel is short at only 1 ⅜ inches, which also helps keep a stable stride. They’re oil and slip-resistant, too, so they would make an excellent pair of work boots. 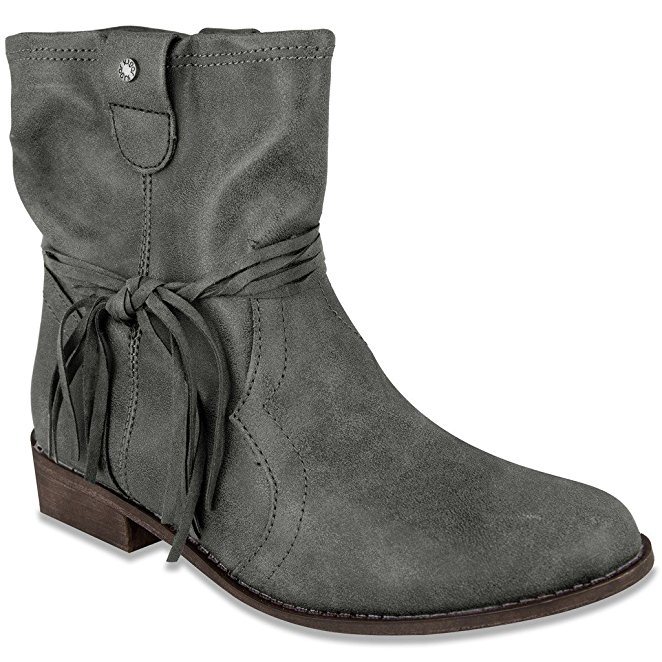 For something really modern that plays with the vaquero boot theme, check out Sugar Woman’s Imlate Ankle Bootie. This stylish pair of ladies’ boots has a 1-inch heel and come up about 7 inches on the leg. They’re available in 5 different colors: gray, cognac, black, dark brown, and light taupe. It’s the low heel, rounded toe, and short upper that call back to vaquero boots, not to mention the fringe detailing adds a little bit of flair—just as a spur would have. 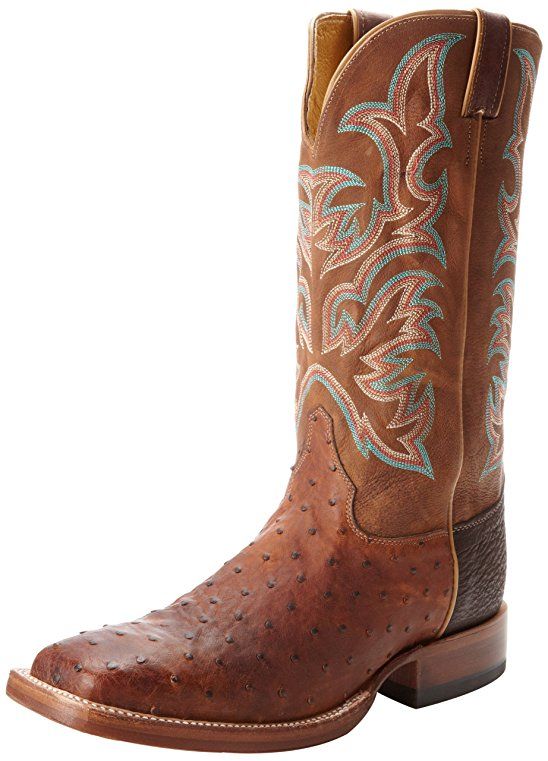 While these boots from Justin Boots come up a little higher than a traditional vaquero boot would, the low heel and flat leather sole definitely show that they share some of the traditional characteristics. These boots are made of ostrich leather and have a beautiful stitched design in contrasting colors on the 13-inch high shaft. They’re handmade in the USA and have flexible insoles for comfort but have a square toe and are relaxed enough to sit nicely in a stirrup.

Although there were significant differences between vaquero boots and cowboy boots in the beginning, over time, the two have become one. With all of the changes that have happened to these boots throughout the last hundred-plus years, it is possible to find cowboy boots with the characteristics of old-fashioned vaquero boots. You just need to know what to look for.

Any boot with a short shaft, flat sole, rounded toe, and short heel has characteristics in common with the original vaquero boots. That said, with the modern conveniences of comfortable insoles, softer outsoles, and access to different materials including both synthetic and exotic leather, you can experience the comfort that the colonial vaqueros truly never had.